Skip to content
HomeNews & AdviceEngineering NewsNorton Motorcycles: engineering the revival of an icon

Amongst the most advanced British motorcycles ever built, Norton’s latest “superbikes” were designed in record time thanks to innovative use of the latest engineering software. Mike Farish reports.

Speed is what Norton motorcycles are all about and the latest machines from the iconic British company that now operates from premises in and around a stately home Donington Hall in Leicestershire certainly deliver on that.

Edging past 200mph is no problem for either the Norton V4 SS or V4 RR machines introduced to the public at the Motorcycle Live event at the NEC in Birmingham at end of October last year.

The reasons include the powertrain for both bikes – the company’s new 1200cc, 200bhp V4 engine – and a weight of just 179kg, making them lighter than the TT machines from which they are derived.

Other aspects of their specifications are equally impressive. The chassis of the V4 SS, for instance, features a 3.1kg swing arm CNC machined down from a billet originally weighing 70kg, whilst both machines feature a Kevlar-reinforced carbon fibre fuel tank cleverly positioned under the seat in a way that both helps provide a narrow profile overall and enables its underside to form the upper part of the airbox.

In fact the machines are siblings differentiated from each other by their respective materials, production processes – machining for the SS and casting for the RR – and features such as the titanium exhaust system for the SS rather than their fundamental geometries or systems, such as suspensions or electronics, which are identical.

Nevertheless when the bikes are released to customers – probably towards the end of 2017 – those differences will show up sharply on their price tags. The SS, which is available only in a limited edition of 200 that is already sold out, will cost £44,000 whilst the RR, which will be a series production machine, will cost a comparatively modest £28,000.

Whilst the performance of both machines puts them firmly in the ‘superbike’ category, there is another way in which speed is the dominant factor in the equation: namely the short timespan in which the new machines were developed.

According to Simon Skinner, head of design for the company, the bikes went from a blank sheet of paper to public demonstrations in just 12 months. Indeed, the actual design time, he said, was much less – “six to seven months” – because the company still had to go to tooling and make the first pre-production machines.

Moreover this was all achieved with minimal resources in terms of people: a team of barely a dozen other people within the company split 50-50 between design and “engineering” in other words translating the geometry into manufacturing processes.

So how was this accomplished? Several factors were involved explained Skinner, one of which was that the project entirely dispensed with physical modelling. Instead the project went “straight to tooling” machined from aluminium in just a couple of further months, which was “right first time” and did not require any reworking.

This also had implications for costs as well as timings. “A whole suite of tooling for the carbon fibre bodywork can be produced in a couple of months and costs £10,000,” he said. In contrast the outlay for a clay model might well run into six figures and even then “might not be right.” As it is, he confirmed, “everything is first go.” 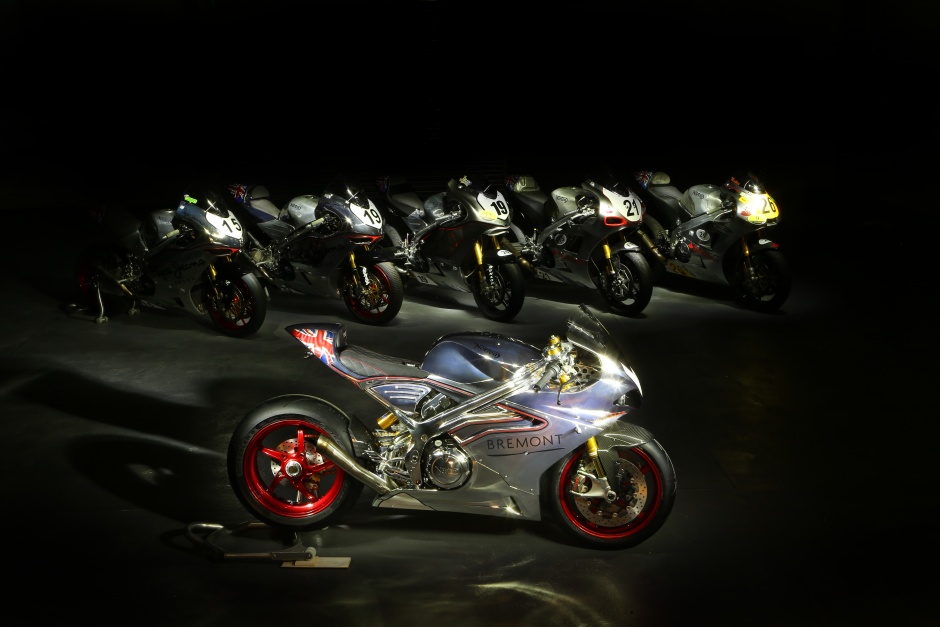 Interestingly Skinner added that the rapid prototyping techniques that might seem to suggest themselves as ideal tools in this scenario would, in fact, be of little use because the carbon fibre shapes in the final bikes cannot be replicated easily in the polymer materials used by additive processes. He conceded that they could be used to see what an intended injection moulded part might look like but “that would cost £30,000 to tool up and have a 16-week leadtime.”

An equally fundamental role was played by the design system used for the project : PTC’s Creo package and specifically its Freestyle module for creating surface models. “It completely changed the way we did things,” said Skinner. “If we had used conventional design and surfacing techniques we would only have been taking the bikes to the NEC this year.” He explained that the module effectively allowed him “to play with ideas and sketch them” and then create pure surface data by simply dragging points around on-screen.

In fact the procedure was so straightforward that he actually did a lot of the work involved at home “at the dining room table” using a laptop device after which the data was turned into full 3D modelling information back at base in the main Creo system.

Moreover though the engine design was outsourced to engineering consultancy Ricardo, Skinner pointed out that that particular operation is located “just 15 minutes away”, which facilitated very close cooperation. “I was in there every day,” he said. “We packaged the engine alongside the chassis so that a bike the size of a 600cc bike has a 1200cc engine.”

Another factor that was instrumental in achieving the compressed development timescale was the structure and internal communications of the company which, said Skinner, have been revitalised by its current ownership.

Despite having a heritage which dates back to 1898, by 2008 the company had become little more than a name and some intellectual residul property when it was bought by entrepreneur and now chief executive Stuart Garner.

Early the following year Skinner became the first recruit following an interview that he mordantly recalls took place in near darkness because in the relaunched firm’s newly-leased HQ “we could not find the light switch.”

The point, though, is that Garner and Skinner work closely together without any supervisory board so that key decision-making is the result of their direct personal interaction. In fact, adds Skinner, where product design issues are concerned “Stuart often just leaves it to me.”

Since then the company has, Skinner says, come to employ some 130 people and built around two thousand machines – mainly its Commando and Dominator road bikes though it also now regularly goes to the Isle of Man TT races with bikes that carry an ‘SG’ title. But those racing forays are not an add-on to its mainstream design and manufacturing operations but a “key development tool”.

As such he confirmed that the company’s 2016 TT bike the SG5 provided a lot of input in the form of know-how about such factors as weight distribution and aerodynamics to the SS and RR machines but stressed that the latter are nevertheless distinct new machines. 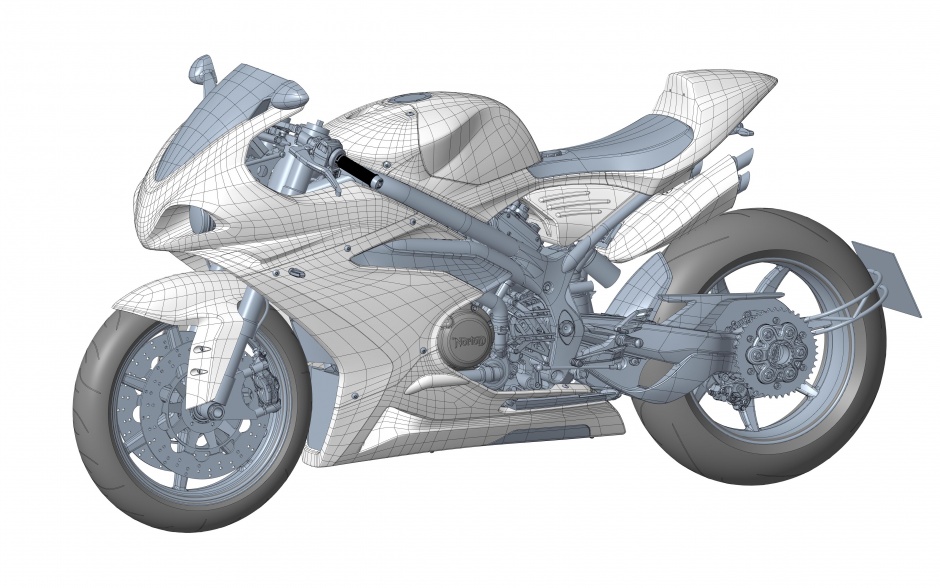 The total cost for the development project for the SS and RR machines was some £7m of which £4m came from UK government grant support though Skinner is keen to point out that that public money went into the “supply chain” rather than Norton. Appropriately the new machines are “80 per cent British by part count”.

Right now the company is carrying out testing on pre-production machines and gearing up to start production through the commissioning of new CNC machining facilities. But more immediately two modified SS machines – “slightly lighter and with 240bhp” – will be racing as SG6 bikes at this year’s TT from 27 May to 9 June. Undoubtedly the experience will then feed into future development projects for which the underlying objective will, Skinner confirms, be to produce motorcycles that aim first of all sustain a reputation: “We want to make bikes that are true to Norton and then see how many can we sell.”