The first smart exoskeleton that recognises the loss of balance and prevents falling has been developed by researchers in Europe. 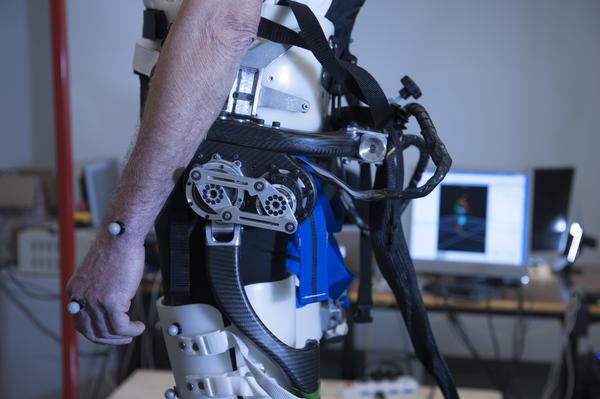 Scientists at Scuola Sant’Anna in Italy and EPFL (Ecole polytechnique fédérale de Lausanne) in Switzerland have built a prototype of a smart, lightweight and easily reconfigurable exoskeleton that counteracts the loss of balance and promotes balance recovery.

According to EPFL, the breakthrough represents a first in wearable machines, which are normally used to assist or enhance regular movement, instead of preventing falls. The results are published in Scientific Reports. The exoskeleton, which is wearable from the waist down, could also be used as an aid for the physically impaired, amputees and those suffering from neurological disorders.

“Our smart exoskeleton is lightweight and extremely easy to personalise,” said Silvestro Micera, a professor at EPFL and Scuola Sant’Anna who holds the Bertarelli Foundation Chair in Translational Neuroengineering. For this first prototype, the exoskeleton requires only a few minutes to adapt to a given patient, which involves adjusting the size for a particular user and learning the user’s gait.

The device has been tested at the Hospital Fondazione Don Carlo Gnocchi in Florence where it was worn by 69-year-old Fulvio Bertelli. The personalised exoskeleton first detected the particularities of Bertelli’s gait. Once this pattern is established, the system’s algorithm is able to detect deviations from his normal gait, such as the onset of a fall. When this happens, the motors located on the hip push both of the thighs down, reestablishing Bertelli’s stability at the hip.

An important aspect of their system is to ensure that the exoskeleton is non-intrusive. It should not unnecessarily disturb the user, particularly when the user is not falling. The next steps involve making the exoskeleton more discrete and portable for real world use.

“Our study revealed that a wearable robotic platform can effectively interact with humans during reactive motor responses, such as accidental slipping,” said Dr Vito Monaco, an expert in locomotion biomechanics. “These results open new perspectives for researchers who are expected to develop robotic platforms for enhancing human capabilities all day long,”